In This Issue
Interviews 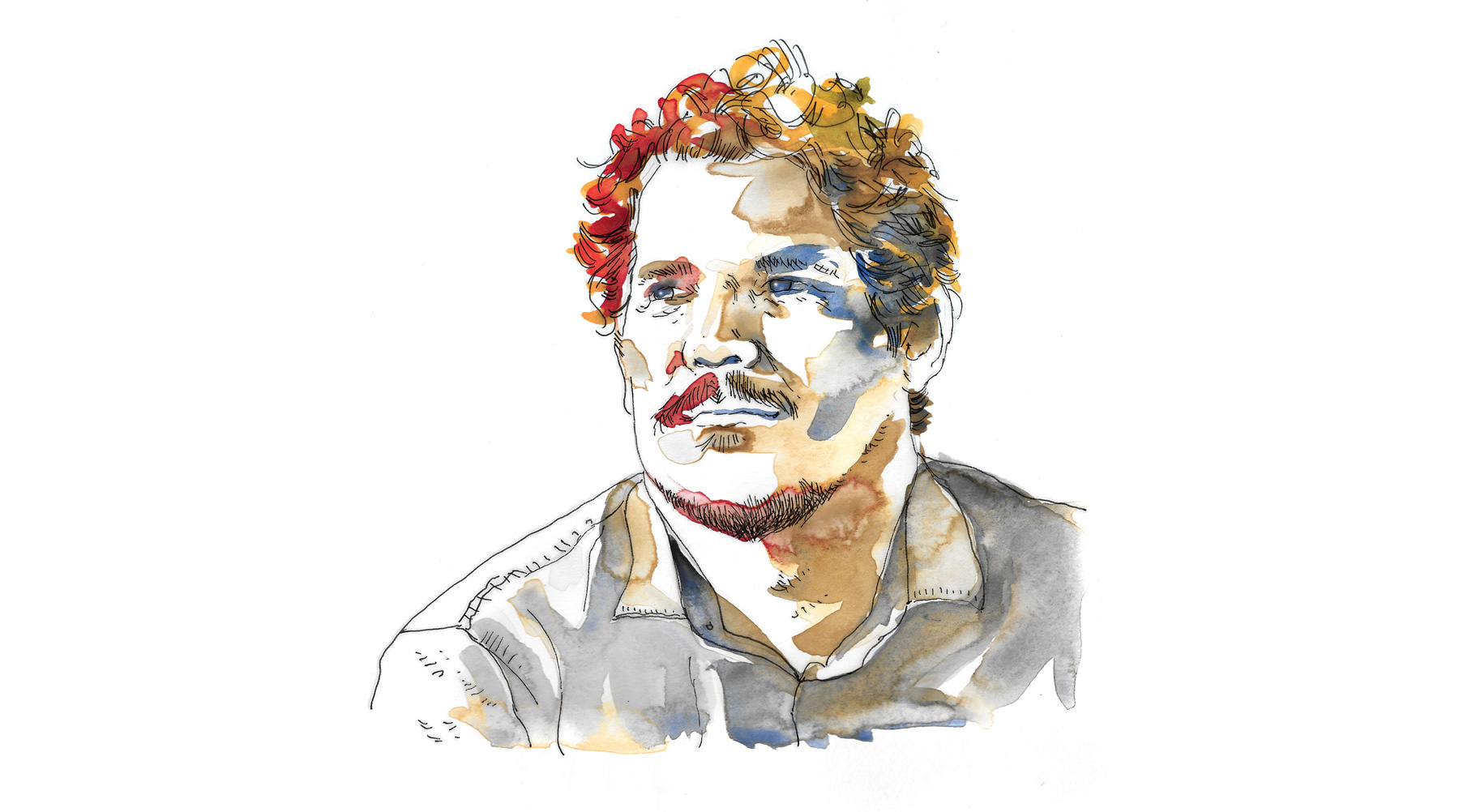 Pedro Henrique de Cristo on why, after a career as an architect and planner, he now understands that participating in the Brazilian political system and changing it from within is key to achieving lasting change for all

As told to Tau Tavengwa

I remember the impeachment of Fernando Collor de Mello in 1992. I was a kid, but that day marked me for life. I was nine years old. We had just gotten back all democracy, we had the elections, and this guy had won. He promised a lot of things. His administration’s corruption was so rampant, and people—the youth, students, workers—were organising and warned him that he wouldn’t last for long.

It was just mind-blowing for me.

I felt like I could kind of understand this idea of what democracy meant—for the people, by the people, with the people—I saw that as a kid. I was in a Catholic school that was a bit conservative. They were more focused on morals and stuff, so they wouldn’t let us kids stay home to watch the impeachment process that day. So I asked my parents if I could skip school and stay home to watch the impeachment on TV because they would talk about it all the time. They said yes, and I was inspired. Even as a nine-year-old, it became clear that politics was the way to change the world. I was lucky because both my parents are architects, and I would help them in their studio. That meant I grew up admiring artists, scientists, architects, creators of all kinds, but the idea of politics being critical was always on my mind.

So, after completing my master’s degree in 2009, I went to work for the United Nations as an urban design consultant. This was in Rio, as Brazil was preparing for the World Cup and the Olympics. I quickly got impatient; I realised I wanted to get something done rather than be part of a vast bureaucracy, you know. There was all this investment, political will, and attention on Rio—everybody wanted to do things there. So, I decided to work in one of the city’s favelas, in Vidigal. I was interested in the question of how favelas could be integrated better into the city since this is one of the most pressing challenges in many cities across the world. In Vidigal, we did everything we could professionally and achieved some pretty impressive results on the Park Sitiè project I led with Mauro and some other colleagues. To the national and local media, I was the face of the project, but I did not want to be its leader.

I just could not be because we wanted to develop something sustainable and scaleable. For that to happen, people from the local community had to lead it, which we set out to do. In retrospect, I made some mistakes. Through it all, though, I still believed that organising was the most important aspect of what we were doing. That’s what drove me. I would constantly practice what I would call micro-politics—solving minor problems and handling relationships—while keeping a view of the big picture and designing some cool shit.

I came to understand one thing—people can change their circumstances by working together, but that most of the time, even when you do the best possible job you can, events and circumstances can still overwhelm you

I came to understand one thing I hadn’t before—that people can change their circumstances by working together, but that most of the time, even when you do the best possible job you can, events and circumstances can still overwhelm you. I was thinking a lot about getting into politics, even as things unravelled in Vidigal. In a sense, I was overwhelmed by events beyond my control, and I had to leave Vidigal and Rio quickly. This could happen partly because we did not have a functioning state. We have a failed state within the favelas. It didn’t matter what models you could come up with and how—coming from the outside as I did, or even from the inside as Mauro—you managed to work with people. In the end, without the state to guarantee your security, your life, even, you can do everything correctly, and anybody can just fuck with you as happened, and you can’t do anything about it.

I left Vidigal in November. By the beginning of December 2016, I had moved to Sào Paulo, and I knew then I would run for political office. I was determined to work towards uniting all these renewal movements that were emerging. This was during the peak of the Petrobras scandal in Brazil. It was unclear where the country would go. We organised initially as a group of NGOs and all these white-collar professionals. We didn’t last long. We could not agree on a strategy I was pushing for to align ourselves with social movements like Carmen Silva’s MSTC (Movimento Sem-Teto do Centro) and MST (Movimento dos Trabalhadores Rurais Sem Terra) led by João Pedro Stédile. We ended up running just a few candidates in 2018 elections.

In that first election, I ran for the federal senate and quickly realised, fuck man, what we’re trying to do feels important, but most of the people in that initial group I was part of did not care at all. They didn’t care about the favelas, the poor, or any of the other things I cared about. What seemed important to them were things like who your political godfather was and how much money you could bring to the party, how that would help their election, you know. The great thing about it was I ended up working quite closely with Lula’s party as well as some of the biggest social movements in Brazil. Those relationships continue.

Even though I lost, I learned another lesson during that first election. It became clear that we live in two worlds instead of the one we all think we are in together. The one world is occupied by citizens, people who work for a living, professionals. The other is the political and money world, which has totally different dynamics. That should be something you learn to understand and are taught from a young age. I realised I hadn’t really had a clue how this world worked.

In the second election in 2020, I ran for a seat in the city council with the support of Eco-labor@BR21. I had less media support, fewer resources, but I knew the risks. I had also learnt not to worry about the things I cannot control, as I kind of did in the 2018 election. I must tell you; I had more fun. I think I took myself less seriously. It wasn’t about me. I got 136,000 votes, which was a lot of votes. I was the most voted for candidate in the Green Coalition in São Paulo. It was a difficult campaign, but our team worked hard with little to no money or TV time. We ran a very grassroots campaign. We didn’t have the resources. It was in the middle of a pandemic, and we have a fascist government in power. Under all these constraints, we approached our campaign as a political and cultural movement. This appealed to a lot of people in the city. Because of the pandemic, we couldn’t organise rallies, so we campaigned on bicycles. We had a sound system, would get around the city organising small, impromptu distanced gatherings with music, and would do a lot of public health messaging—encouraging people to social distance, wash hands, that sort of thing. We wanted to bring something different in terms of how to do politics. We tried to get people to have a bit of fun during a very dark time and think about the issues and the future. I lost that election too, but it felt like the beginning of something.

Up until I had to leave Vidigal, everything I did seemed just to work. If you haven’t learnt how to lose and grow a little wiser from that experience, you’re not going to accomplish the things you dream of doing. That’s not how the world works, right? The first campaign was an ethical and moral minefield. I had a lot of obstacles, but we still managed to bring in a lot of votes. In the process, I made a lot of honest mistakes. In the second campaign, we knew a little more about what we were dealing with, and we knew there was a slim chance of winning, but it was still necessary to run. In the end, we treated it as a build-up for running the third time—and winning, but in the right way, without being compromised by anyone or the system. It’s a lie that you can’t do politics if you’re not corrupt.

If you want to know whether a politician is honest or not, ask them after a first election if they have financial problems. If they do, there’s a high chance they have been honest. I have had many financial issues in the last few years, but I’m determined to win the right way. I can’t just be thinking about what’s good for me personally. There are more important things. So, that’s what I have learnt. I understand why people don’t want to risk their comforts and livelihoods and leave their professional lives running for office. They want to take care of their families, which is fine. It’s very tough, and it’s rough.

I will run again, either back in my home state of Paraíba or Rio. I really believe more young professionals and activists should too. The only way to make real change is to change the way the whole system works. We must change how government works, and the way to do that is through politics.