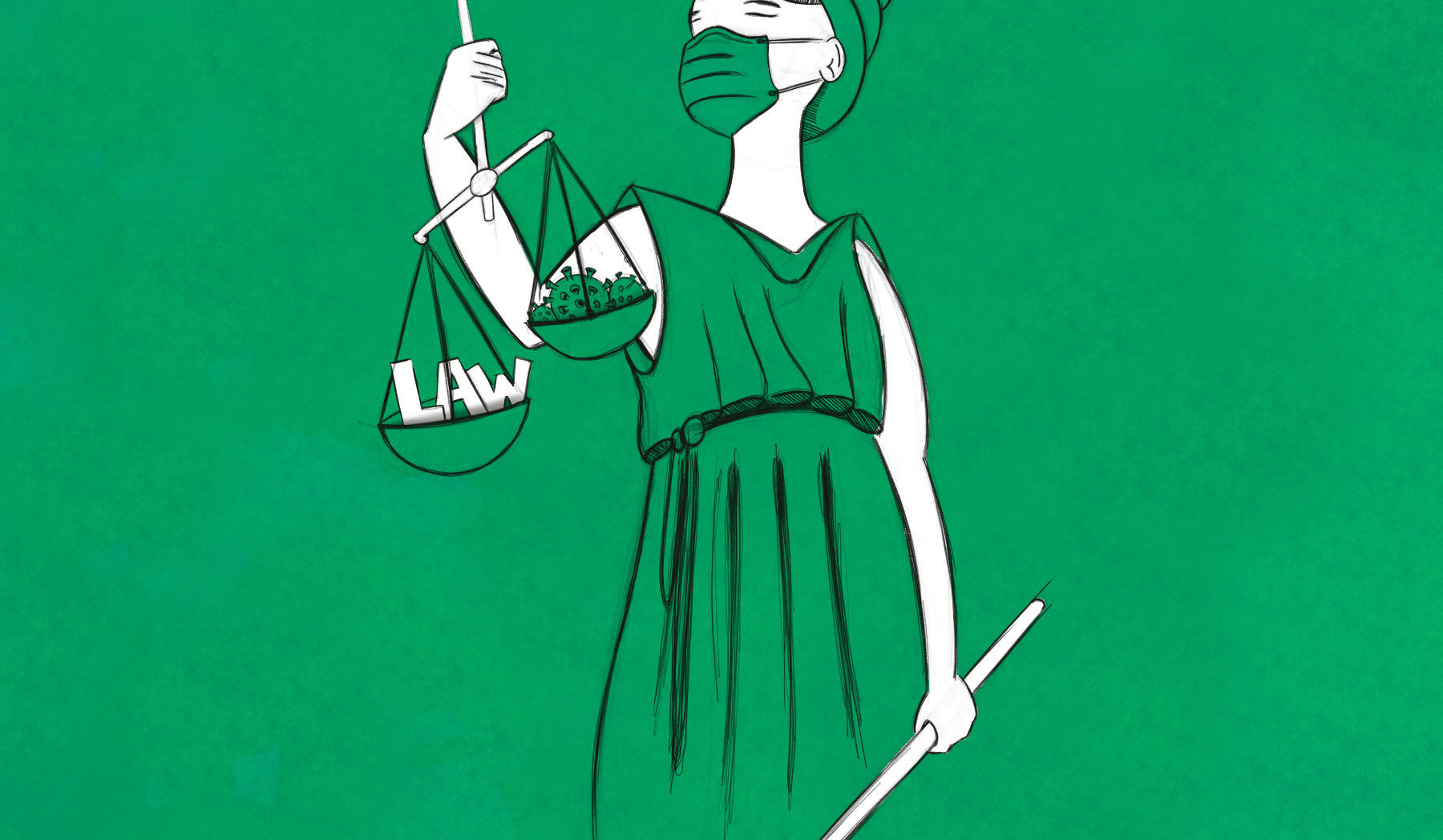 The constitution during emergencies

As countries worldwide struggle to control the spread of the Covid-19 virus, intensive securitisation, curfews, regulated gatherings, and unprecedented closures of massive sectors of the economy have become the norm. In various parts of the world, litigation has followed. Individuals, business, and other organisations are challenging the constitutionality of the laws and regulations and actions of institutions charged with their enforcement.

In South Africa, such legal challenges have been fewer than one would have expected. After all, the country is generally litigious. But, as it turns out, access to courts in this country remains largely the preserve of the wealthy. Unsurprisingly, most documented assaults on human rights in the last year primarily occurred in poor, black and marginalised communities.

In the first, so far most-stringent, phase of the lockdown that began in March and lasted till August 2020, at least ten people were reported killed by police and members of the armed forces deployed across the country to enforce lockdown regulations. These included stay-at-home orders and, to the dismay of many, an alcohol ban.

As the world held demonstrations in solidarity with the Black Lives Matter protests across the US, some South Africans took to the streets to protest the brutal killing of Collins Khosa. The 40-year-old was killed in Johannesburg’s Alexandra township on April 10, 2020, by South African Defence Force members. According to witnesses, soldiers accused Khosa of drinking alcohol. They beat him up with the barrel of a rifle in a sustained assault that led to his death. In death, Khosa has become the symbol of the government’s and other state actors like the police and army’s overreach in enforcing lockdowns.

How did we get here? How could a regime of disaster management lead to such consequences, more so, under the auspices of the law? Could we have imagined the rules that are in effect differently? Perhaps a little more humanely?
Let’s go back to the beginning. I am a constitutional scholar. As Covid-19 struck and it became evident that we would be facing an unprecedented public health emergency, I was taken aback by the South African government’s response. It struck me that the state’s first Act was to declare the pandemic a disaster, managed under the Disaster Management Act, instead of a Constitutional State of Emergency, which would have been regulated in terms of section 37 of the Constitution. This distinction might seem overly technical, but it’s one of great importance.

The regimes have two critical differences. Embedded as it is in the Bill of Rights, the constitutional regime anticipates the harmful effect on human rights that dealing with an emergency may entail. Accordingly, it establishes institutional safeguards. For any national emergency to continue beyond 21 days after being declared, Parliament’s approval is required. Not so under the National Disaster Management Act.

By contrast, the disaster management regime is framed to assume that the primary and overriding concern is managing and controlling the crisis. It establishes a cascading command structure under the authority of a cabinet minister designated by the country’s president as the disaster-response-point person. While it’s understood that these powers are to exercised in the public interest, the Disaster Management Act is disturbingly silent on human rights protections. In addition, it does not unambiguously establish institutional safeguards over the exercise of the immense powers created in its name. By contrast, the constitutional regime is more explicit.

The ultimate goal of the Act, then, is establishing control. Control of systems and processes, structures, goods, people, and ultimately society, as long as the disaster endures. The result is the overly muscular and securitised reaction that facilitated the legal deployment of the armed forces that would eventually kill Khosa in his own home. The Act provides very little by way of in-built checks and balances.

Listening to South African President Cyril Ramaphosa as he announced the governments’ early plans to tackle the pandemic, I did not see a lot of what was to follow coming. Who would have guessed in early 2020 that in June 2021, we would still be dealing with the pandemic with no clear end in sight? In retrospect, could the response have been managed differently from a law and constitutional perspective?

My answer is YES!!

In our response, foregrounding the protection of human rights and institutional safeguards to prevent abuse through legal encoding would have shifted the government’s emphasis from control to working with communities to save lives.

To future-proof against a repeat of what we have seen, we need to reframe how we imagine disaster response. A reprioritisation of whose interests the law is meant to protect in a moment of crisis is required. This will ensure that the disaster regimen South Africa is in right now, and all those that will surely follow in future, reflects similar priorities to those that underpin the constitutional emergency regime.

At present, South Africa’s Disaster Management Act makes no mention of human rights. It places no expectations on those it empowers to exercise restraint and accountability. This requires urgent correction. Another more consequential fix would entail legislatively locking in South Africa’s ‘institutions supporting constitutional democracy’ as role players in the event of a national disaster. It is not difficult to imagine the role independent bodies such as the Human Rights Commission, the Public Protector, the Commission for Gender Equality and the Auditor-General, could play in this scenario. All of these bodies already hold significant remedial powers and have direct access to Parliament. They need to be key players actively involved in defining and safeguarding the public interest during national disasters, of which experts tell us there will be more to follow.

Ultimately, the framework of disaster management needs transformation from one focusing on control to one privileging care and the preservation of human rights. We can achieve a lot without having to reinvent the wheel. We need to fix its dis-entangled spokes and address the shortcomings of the laws we have. All the prerequisites are there.