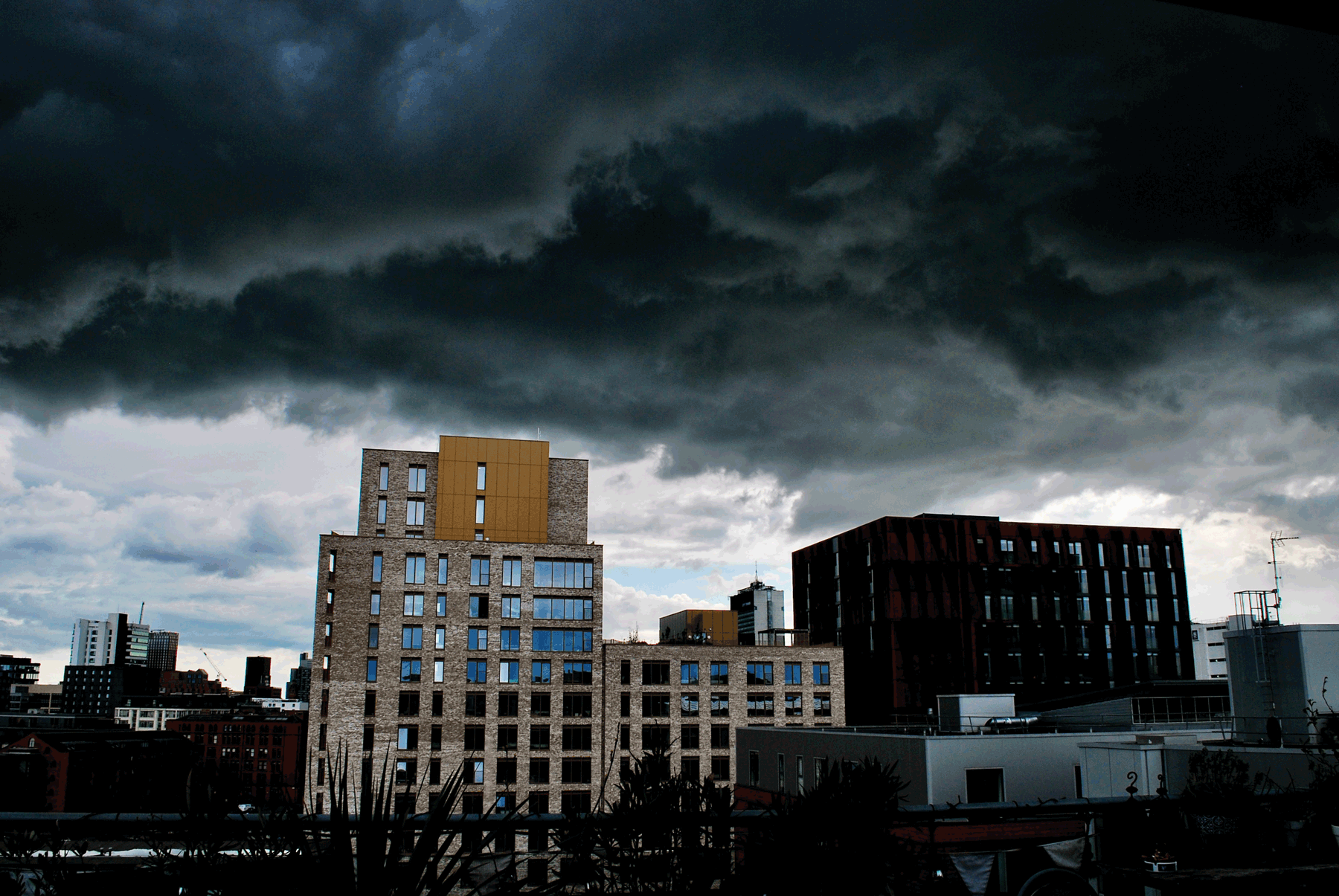 Municipal planning committees generally are dull, timid affairs. For years there has been little in the way of drama as Manchester’s councillors dutifully signed off on the successive waves of high-density apartment projects that have utterly transformed this post-industrial cityscape. However, in July 2020, something unprecedented happened: the planning committee rejected a slew of developments valued at nearly half a billion pounds.

On the agenda that July were a series of ‘co-living’ schemes. Characterised by private bedrooms with shared facilities, more akin to a hostel or student accommodation, this ‘product’ dreamt up by the global real estate sector allows financial actors such as Goldman Sachs to maximise their investments in urban land. Designed to generate ever greater profits by squeezing more residents into less space, these corporate dormitories ironically are pitched by right-wing think-tanks and developers as promoting ‘community’. However, debuting just as concerns about the connections between housing and health were coming to the fore, this new housing model’s disregard for the well-being of tenants or the wider city could not be ignored.

During deliberations, the planning committee noted that the proposed 21 and 19 square metre units incorporated into co-living schemes—sold as “standard” and “compact” respectively—fell below Manchester Council’s space design standards. Housing campaigners warned that co-living units could become the ‘slums of the future’—a controversial statement in a city that spent over a hundred years demolishing ‘problematic housing’.

Given all this, the planning committee’s opposition to the co-living schemes should not have come as a surprise. But the fact was, since a pandemic-invoked suspension of activity, a smaller group had been calling the shots. It was only thanks to a public outcry over these proposals that the sidelined committee, just reinstated, was able to reassert its importance. The decision was a big moment for local communities such as those in the inner-city neighbourhood of Hulme, where residents have been demanding alternatives to the relentless construction of the skyscrapers accelerating the area’s gentrification.

The Manchester planning committee’s decision reverberated across the country, suggesting the pandemic might have changed attitudes towards neoliberal approaches to housing. In Croydon, South London, planning officials warned of the risks of co-living in an era of living/working from home and social distancing. Campaigners in Manchester echoed those concerns, further highlighting how the high densities and cramped spaces of co-living might facilitate disease transmission and would also put pressure on austerity-hit public resources like doctors’ surgeries and green spaces. Covid, it seemed, was changing the urban development game.

But it was not to last. A month later when the (near identical) applications returned, the councillor who had led opposition to the co-living schemes was missing in action. The rest of the committee lost its nerve, and in a single afternoon, Manchester abandoned the cautious approach that had been limiting the number of units built for co-living.

Manchester now has up to 5,000 units, including a 45-storey, 2,224-bed tower, under construction. By contrast, London—a city five times bigger than Greater Manchester—has 1,900 co-living units under development.

“Building back better” has become a mantra slung around to signify optimism about a post-pandemic era across UK cities, a commitment to tackle the deep-seated social problems that intensified the disruption and suffering wrought by Covid-19.

But what did this mean in Manchester, part of a city-region that suffered nearly 6,000 pandemic-related deaths and experienced the highest level of restrictions in the country during 2020? The possibilities seemed endless.

Could the city go for a municipal Green New Deal that addressed challenges of climate change, unemployment and sustainability? Perhaps a mass public housing programme that built homes for the thousands of Mancunians on waiting lists? How about car parks transformed into much needed green space? Sadly, none of these. So far, “Building Back Better” is translating into ‘business as usual’ for city leaders focused on acquiring an ever-elusive ‘world city’ status.

It’s been dispiriting to observe the council continue its commitment to an extractive urban development model that seems to have reached its nadir with the newly approved co-living schemes.

Under this model, the city continues to give developers—including sovereign wealth funds, private equity, pension funds and high-net-worth individuals—incentives to build in this fashion without addressing the associated planning—green space, public housing, social infrastructure—required to make urban density work.

Such rapid transformation has come at a considerable cost. For example, because the council waived any affordable and/or social housing requirements in the approval of new developments, Manchester is experiencing a severe lack of both.

Fortunately, residents are not taking it quietly. In inner-city neighbourhoods like Hulme, people are demanding more social, affordable housing and green space. Campaigns like the ongoing “Block-the-Block”—aimed at stopping the development of an 11-storey scheme on the site of a local pub—have gained widespread support throughout the pandemic. As Mancunians, we all know the importance of these issues. For reasons unknown, those in control of the city and its planning don’t seem to.

Manchester has been hit hard by the pandemic. As we begin to see a way through it, politicians and policymakers are missing an opportunity to rethink how the city could be governed into the post-Covid-19 future.

“Building Back Better” needn’t have been empty rhetoric, but rather could still be a chance to assess the last two decades of rebuilding a post-industrial city. We have the opportunity to implement a desperately needed change in urban policy, and to prepare for a sustainable future. But to do this, housing must be addressed as foundational in addressing climate, health and the other crises facing the city, not simply as a numbers game where more is better.

The question is, will those in control step up? And, perhaps more importantly, what will Mancunians do should their leaders fail?